How Can We Pray for Anything Right Now? 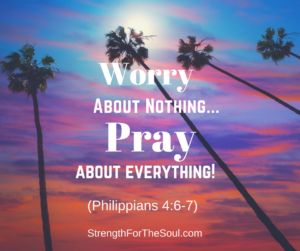 How Can We Pray for Anything Right Now?

I was struck this morning at how badly our country needs prayer, how much our leaders need prayer, and how my own heart needs God’s intervention so I can live and pray like Jesus did.

I was finding myself angry at what I’m reading on the news, what I’m seeing on social media, what I’m hearing other believers say.

Lord, what’s wrong with my heart? Why am I so angry at people right now?

I went to God’s Word and looked at what Jesus prayed  — and I learned a lot.

Jesus, who was God in the flesh, provided a perfect example to us of how to be in perfect relationship with His Heavenly Father, while living amongst the hate, godlessness, and  divisiveness in this world. You and I can learn much about His heart by looking at what He prayed, and for whom He prayed.

Three prayers of Jesus– one from the upper room as He was facing imminent death, one from a garden, where He was wrestling internally, and one from the cross, in the midst of His darkest hour – show us His:

Here are three prayers Jesus prayed and what you and I can learn from each of them.

On the night Jesus was arrested, He gathered with His followers in an upstairs room for dinner and expressed His heart’s desire for them in a prayer to His Father. In His prayer recorded in John 17, He asked for the protection of His followers, their unity with other believers, and that they would know intimacy with Him and one another as He knew intimacy with His Own Father.

In verse 11 Jesus prayed, “Holy Father, keep them in Your name, the name which You have given Me, that they may be one even as We are” (NASB). Later, in verses 20-21, Jesus clarified that He wasn’t only praying for His followers in that room, but for you and me who would one day believe in Him on account of their testimony. Jesus prayed: “I do not ask on behalf of these alone, but for those also who believe in Me through their word; that they may all be one; even as You, Father, are in Me and I in You, that they also may be in Us, so that the world may believe that You sent Me.”

What love! As Jesus was preparing to go to Calvary, He had you and me on his mind and in His prayers.

Do you want to have the kind of close-knit relationship with God that Jesus had? Do you desire to be as united with other believers as Jesus was with His Father? Jesus’ prayer tells us we were meant to experience that kind of fellowship and unity. It is one of the things He died for.

2. Jesus prayed for God’s will, even at His expense.

If you’re going through a difficult time, it’s safe to say Jesus dealt with feelings far more isolated and painful than you ever will. He was not only tortured and murdered for His relationship with and obedience to God, but He knew it was coming and He walked toward it willingly with the intention of obedience unto death.

In Luke 22:42, Jesus showed His humanity more than at any other time, when He prayed in the Garden of Gethsemane with literally blood, sweat and tears: “Father, if You are willing, remove this cup from Me; yet not My will, but Yours be done.” Jesus clearly wrestled with what would happen to Him in the next several hours and days and He wrestled with those thoughts alone, too. Three of His closest friends, whom He brought along with Him that evening for His prayer support, couldn’t stay awake to pray for Him a few yards away, even though He interrupted His prayer time twice to come back to the huddle and ask them to keep praying for Him. Jesus’ persistence in prayer, to the point of blood and sweat, shows us He wrestled with His imminent death, yet He ultimately wanted God’s way, not His.

Jesus’ struggle in prayer that night in the Garden is evidence that we have a High Priest who can sympathize with our weaknesses, our temptations and our struggles (Hebrews 4:15-16) and therefore, we can draw near to Him with confidence when we have a need.

Jesus’ prayer in the Garden also showed us that He experienced all that we will experience when it comes to the trials of this life. He also showed us what it looked like to put aside His own comfort and convenience and very life and give Himself wholeheartedly and trustingly into the hands of His Father. What a perfect example to us of unswerving trust in His all-knowing, all-powerful, all-loving Heavenly Father, no matter what the world looks like.

Jesus uttered a powerful prayer from the cross that gives us perspective when we want to hate our enemies and wish harm upon those who persecute us or just believe differently.

In Luke 23:34, Jesus prayed: “Father, forgive them; for they do not know what they are doing.” Here, we see one of the most beautiful pictures of God’s grace when Jesus asked His Father to forgive the very people who were mocking Him, spitting on Him, and putting Him to death.

This prayer of Jesus’ not only epitomizes Matthew 5:44– to “love your enemies and pray for those who persecute you,” but it smashes our theories that we are only required to forgive someone who shows remorse for their actions and requests our forgiveness. Certainly, Jesus knew those who would eventually repent of what they had done that day. Perhaps some were among the 3,000 who were “pierced to the heart” 40 days later when Peter preached his sermon at Pentecost and informed them that “God has made Him both Lord and Christ – this Jesus whom you crucified” (Acts 2:36-42).

Jesus actually prayed for those who were causing His pain during His deepest hour of pain and suffering, and set a beautiful example to us to not only pray for those who persecute us, but to forgive them in the midst of the suffering they may be causing us.

Lord Jesus, help me to seek Your will over my own so that ultimately You will be glorified in all I say and do. Even when I don’t understand the path You have laid out before me, help me to surrender to You as Jesus did, and say, “Not my will, but Yours be done.” Thank You, also, for showing me that it is possible to forgive others, even in the midst of their sinful actions toward me. You didn’t wait for an apology. Your heart was for those created by Your Father, that they would know You and recognize Your Father.  Thank You for staying on that cross, despite the suffering, and carrying out the ultimate act of forgiveness toward me when I didn’t even know you (Romans 5:8). Help me to forgive others as freely and graciously as You have.

What can you learn from these three prayers Jesus prayed? I’d love to hear your response in the comment section below.

Cindi McMenamin is an award-winning author and national speaker who helps women find strength for the soul. She has nearly 35 years experience ministering to women and inspiring them to let God meet their emotional needs, grow stronger through their alone times, and pursue their dreams with boldness.
← PREVIOUS POST
Where is Your Hope?
NEXT POST →
Here's Something to Sing About This Year

on How Can We Pray for Anything Right Now?.

How Can We Pray for Anything Right Now? | Strength for the Soul