Do Your Emotions Line up with God’s? 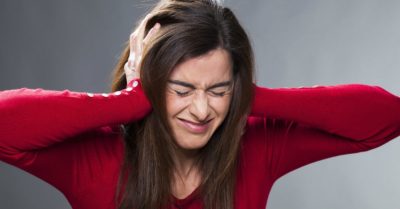 Do Your Emotions Line up with God’s?

Several years ago, I heard a wise person pray, “Break my heart, God, with what breaks Yours.” I’ve never forgotten that prayer request. And through the years I’ve often wondered if my emotions line up with God’s.

Do I get upset at the same situations that angered the heart of God or do I spend time and energy protesting what Jesus wouldn’t have bothered with? On the other end of the emotional spectrum, do I turn a blind eye at what moved Jesus to tears or fail to notice the people and situations that stirred His compassionate heart and caused Him to take action?

Jesus, God in the flesh, experienced a wide range of emotions during his 33 years on this earth.  Scripture tells us what He felt and experienced, specifically, during his three-year public ministry. And while we might tend to think that being unemotional means being more spiritual or Spirit-controlled, Scripture clearly shows that Jesus exercised a healthy amount of emotion andself-control. Here are just five emotions Jesus expressed so you can see if your feelings and responses line up with His:

Jesus was absolutely indignant toward the money changers in the temple. Not because “you shouldn’t sell stuff in church.” Not because “the church had become a marketplace” (as you may have heard while growing up in Sunday School). But because the religious leaders were financially oppressing and even cheating those who wished to honor God through a sacrifice in the temple. Their unlawful money-changing and price-fixing tactics in the Court of the Gentiles prevented non-Jews from honoring God with sacrifices. Their actions were downright racist and Jesus was disgusted with it (John 2:13-17).

This exclusion, racism, and profiteering from the good intentions of others enraged Jesus into pulling an Indiana-Jones-style cleanup act in the temple, complete with a handmade whip. Sharp words weren’t cutting it anymore. This time He overturned tables, threw chairs across the room, and left the place a decimated mess! Emotional? You bet.  Out of control? No. More like unbridled righteous anger and zeal for the house of God which consumed Him (Psalm 69:9).

Does oppression of the poor, exclusivity in worship, unethical handling of the church finances, or an attitude of racism in the church provoke that kind of disgust in you? Perhaps it should.

2. Exhaustion — from the demands of ministry.

Do you ever start to think I can’t face any more people or pressures right now? Do you find that to cope you need to slip away and have some quiet time to yourself? If you feel that way after trying to be all things to all people, then you need boundaries in your life and work and a reminder that you are not responsible for everything. But if you’re feeling that exhaustion and overwhelm because of a continual pouring out in ministry, Jesus did too. Even the Son of God had to withdraw by Himself from the crowds after an extended time of ministry in order to refuel and re-energize through rest and quiet communion with His Father (Matthew 14:13, Mark 6:31, Luke 5:16, John 6:15).

When you need to get away from people is it because you’re tired of them? Or is it because you long to be with Your Father to refuel, refocus, and reprioritize? You can identify with the heart of Jesus when you pull away now and then to rest in and commune quietly with your Heavenly Father.

3. Anger – at the hypocrisy of the religious.

Instead of being angry with sinners and how they lived, Jesus was indignant toward the so-called “religious” who touted a spotless image on the outside, but cultivated critical, hardened hearts on the inside. Jesus used harsh words toward the religious elite of his day saying things like “You snakes! You brood of vipers! How will you escape being condemned to hell?” (Matthew 23:33). I’m thinking that might have been the equivalent of cussing today.

Jesus’ anger with how the religious leaders of his day spiritually oppressed others echoes God’s disdain for Israel’s “shepherds” in Ezekiel 34. Jesus even described false prophets as those who come in sheep’s clothing “but inwardly they are ferocious wolves” (Matthew 7:15).

Do you feel anger toward leaders in the church and religious community who abuse their power, care more about their own comfort and image than that of other believers, and “fleece the flock” in the name of service to God? Are you enraged by anyone who would, in the name of Christ or spirituality, lead other believers astray or interfere with the discipleship and growth of a new believer? Do you loathe legalism to the point of calling it what it is? Jesus did. And He made no apologies for such. Pray for your church leaders as they are often associated with this type of “religious leader” by nonbelievers, and fight an uphill battle to represent Christ in a way that doesn’t tarnish His reputation or the reputation of His bride, the church.

Hebrews 12:2 tells “For the joy set before him he endured the cross, scorning its shame, and sat down at the right hand of the throne of God.” How can the word “joy” exist in the same sentence as the words “enduring the cross” and “scorning its shame”? Because Jesus knew not only the joy of complete obedience to His Father, but the joy of what was to come – the eternal reward, being reunited physically with His Father in Heaven, having secured for eternity the salvation of all who would believe.

Do you find delight in pleasant circumstances or knowing that all is well in your world? Or do you know deep joy by focusing on the eternal rewards of obedience to your Heavenly Father, sensing His smile as you surrender daily, and fixing your minds on what is to come (Colossians 3:2)

5. Frustration – at slow learners and their lack of faith.

In Matthew 17, when a man brought his demon-possessed son to Jesus, claiming Jesus’ disciples couldn’t cast out the demon, Jesus’ harsh words were evidence of his growing frustration with people who had seen all the signs and should’ve known better than to doubt who He was: “You unbelieving and perverse generation,” Jesus replied, “how long shall I stay with you? How long shall I put up with you? Bring the boy here to me.” Jesus rebuked the demon, and it came out of the boy, and he was healed at that moment (verses 14-20).

Jesus also expressed frustration at His own disciples who just didn’t get it. After teaching earlier in the day about the Kingdom of God and growing in faith, Jesus was awoken from a sound sleep by his disciples who were accusing Him of not caring if they drowned in a storm that was threatening to overturn their boat. Jesus responded by commanding the wind and waves to “Be still.” He then turned to His followers, in apparent frustration, and asked: Why are you so afraid? Do you still have no faith?” (Mark 4:35-41).

While you are following God’s command to disciple young believers, you can rest assured that Jesus understands your frustration when someone has been taught in the Word of God and given the best instruction available and still can’t apply their faith in a stressful situation. Relate to Jesus’ frustration, but then apply His heart to the situation: He extended grace over and over again.

Which of these emotions do you struggle with so they are more like Jesus? Let me know in the comment section below and watch for “Five More Emotions Jesus Expressed” in next week’s blog.

Cindi McMenamin is an award-winning author and national speaker who helps women find strength for the soul. She has nearly 35 years experience ministering to women and inspiring them to let God meet their emotional needs, grow stronger through their alone times, and pursue their dreams with boldness.
← PREVIOUS POST
5 More Emotions Jesus Expressed
NEXT POST →
Can God Really Hear Me? (A Guest Blog by Jayme Hull)

on Do Your Emotions Line up with God’s?.

Do Your Emotions Line up with God’s? | Strength for the Soul