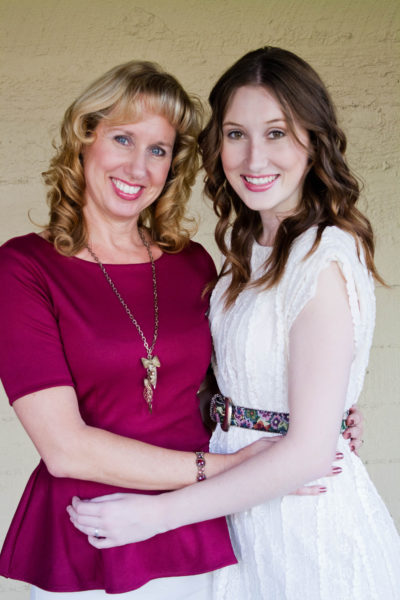 My daughter, Dana, turned 21 on Sunday. Could it really have been that long since I heard her piercing scream and was told “You have a baby girl!”

In honor of her birthday and all she has taught me (most of which is in my newest book, When a Mom Inspires Her Daughter, which arrives in bookstores this week!), I found myself reflecting on 21 things I’ve learned in the time God has allowed me to be her mom:

2. There are times when our children would rather have us spend time WITH them, than do a bunch of things FOR them. In other words, take time to play with them while they still want you around

3. No manilla file folder is large enough for the pictures a little girl loves to color for her mother.

4. Dress them in pink throughout their childhood, and they’ll never wear it again once they grow up! (I learned this sad truth the hard way.)

5. It’s not so difficult to have “that talk” when you start early.

6. Nothing takes the place of a mom’s shoulder when her daughter’s heart is broken.

7. A mom starts out as the single most influential person in her daughter’s life. Whether or not we retain that influence (or can reclaim it) is entirely up to us.

8. God cares even more about my daughter’s heart and spiritual condition than I do. So He’s working on it, even when I think I’m the only one that is.

10. She will see the kind of wife and mother she wants (or doesn’t want) to be by what she sees  in ME.

11. She is unique and I can’t expect her to act like me, dress like me, or have similar tastes and preferences.

12. Likewise, I can’t copy what she does, wears, or prefers  or it will drive her crazy!

13. They get to an age where — no matter what you say or do…or DON’T say or do — they will be embarrassed. (We were just like when we were their age, too.)

14. The teenage years really CAN be easier than the pre-teen years.

15. When your daughter starts becoming a young lady, never say anything to her that you wouldn’t say to a girlfriend (think tone, critical comments, or anything that might embarrass her personally or publicly).

16. It’s natural for us to want to direct them toward OUR dreams for them. But it takes patience, prayer and perseverance to guide them toward THEIR dreams.

17. There are times (many more times, I would say) that our daughter need encouragement and understanding MORE than advice.

18. A mom and a daughter really CAN be best friends once she becomes an adult.

19. Because actions speak louder than words, I must be the woman I want my daughter to become.

20. How well I respect my own mom will in many ways determine how well my daughter respects me.

21. As a follower of Christ, I am called to disciple others. But my daughter must be my first priority when it comes to discipleship.

I would love to hear what your children (sons or daughters) have taught YOU in the years you have been given the privilege to parent them.

Cindi McMenamin is an award-winning author and national speaker who helps women find strength for the soul. She has nearly 35 years experience ministering to women and inspiring them to let God meet their emotional needs, grow stronger through their alone times, and pursue their dreams with boldness.
← PREVIOUS POST
What your sons and daughters have taught YOU
NEXT POST →
Is it Your Calling or an Over-Commitment?

on What I’ve Learned in My Daughter’s 21 Years of Life.