Slavery is not Something of the Past 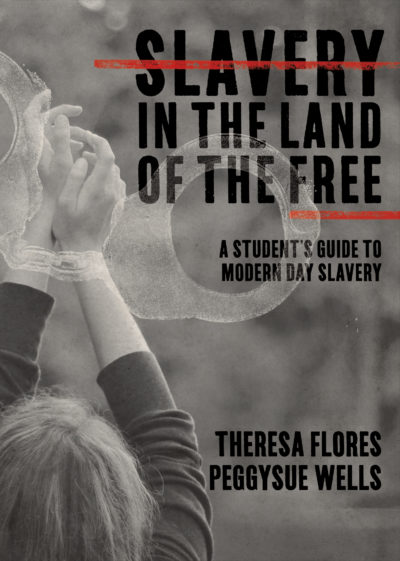 Slavery is not Something of the Past

Slavery is not something of the past.

It still happens in this country and even in our local communities.

This week I asked my friend, Peggy Sue Wells, to share on my blog what is on her heart. And she is concerned with what is on God’s heart — the injustice of young girls who are being sold into slavery and human trafficking. As you read her shocking and heartbreaking story, be asking yourself what YOU can do to stomp out slavery in your corner of the world.

And keep in mind these words from our God who hates injustice:

Rescue those being led away to death;
hold back those staggering toward slaughter.
If you say, “But we knew nothing about this,”
does not he who weighs the heart perceive it?
Does not he who guards your life know it? (Proverbs 24:11-12).

“Twelve-year-old Carrie was a smart girl taking classes for gifted and talented students. One day as she walked home from middle school, a man in a fancy car drove up beside her and told her she was pretty. Though she didn’t tell her parents about him, every day for six months he met her after school and they talked. He bought her small gifts and made her feel special. After six months she finally agreed to get into his car.

When the door shut, Carrie’s life changed forever. Her boyfriend drove her far from home and took away her identity. For the next five years, he prostituted Carrie to more than 100 men each month. Taken from state to state, there was no place for her to run, and she was without hope for rescue. Though Carrie was a United States citizen, in the land of liberty she was no longer free. This all-American pre-teen was a slave.

Slavery in the Land of the Free

Today there are more slaves in the world than at any other time in history. Not legal in any nation on the globe, slavery is a growing part of the culture American teens and pre-teens experience. Their peers and siblings are the victims. Congressional findings report that in the United States alone, every year an estimated 300,000 American children are exploited. Human trafficking happens in every community in America.

There are three players in human trafficking: the victim, the trafficker, and the john.

Traffickers and johns victimize two children every minute. A john steals the life of another human being. If the victim survives the abuses, the violence a john perpetrates on a fellow human leaves lifelong scars.

While it is not always possible to change a selfish person into someone respectful of others, society can stop sex trafficking by making the penalty for using a human trafficking victim so severe that the users no longer consider the prospect worthwhile.

Suggested penalties for johns include

Without johns, human trafficking would no longer be lucrative and would cease.

We Can Make a Difference

Past and present, slavery is not based on race, color, or religion. At its core, slavery targets society’s most vulnerable and is a global example of bullies and the bullied.

Because people dared to passionately care about others, slavery was abolished once before. Though the enslavement of humans has taken a new and more insidious form, slavery can once again be stopped.

We are the solution. We share neighborhoods, cities, nations, and the globe. And each of us has a say in what happens in our world. We can make a difference starting with protecting ourselves, caring for our family, and supporting those in our circle of influence. There is a balance between being nosey, being an alarmist, and being responsible. Headlines in California and Ohio reported nearly unbelievable stories about girls that had been kidnapped and kept prisoner for years in neighborhood homes without neighbors noticing. Living in community requires a balance of respecting the privacy of others, and being concerned when something does not seem appropriate.

Parents, teachers, principals, coaches, law enforcement officers, medical, and counseling professionals must listen for the child’s silent cry. Siblings, peers, friends, neighbors, and fellow community members must trust their intuition when something seems amiss in the life of another. Communities benefit when professionals and neighbors can and will protect all children in the neighborhood.

Adults are responsible to protect children. Cherishing and guarding our young ones has never been more important for our families and our nation than now. If you know a child is lonely or vulnerable, help get the boy or girl plugged into a supportive and safe community. If you suspect a child is in danger or being trafficked, call the human trafficking hotline at 1-888-373-7888. PeggySue Wells is the bestselling author of Rediscovering Your Happily Ever After and the co-author of The Slave Across the Street, and Slavery in the Land of the Free.  You can contact PeggySue or find out more about her books and ministry at www.PeggySueWells.com.

Cindi McMenamin is an award-winning author and national speaker who helps women find strength for the soul. She has nearly 35 years experience ministering to women and inspiring them to let God meet their emotional needs, grow stronger through their alone times, and pursue their dreams with boldness.
← PREVIOUS POST
The 10 Best Books I've Read in the Past 10 Years
NEXT POST →
When Your "Biblical Advice" Isn't Biblical

on Slavery is not Something of the Past.

Slavery is not Something of the Past | Strength for the Soul