4 More Ways to Not Embarrass Your Adult Child 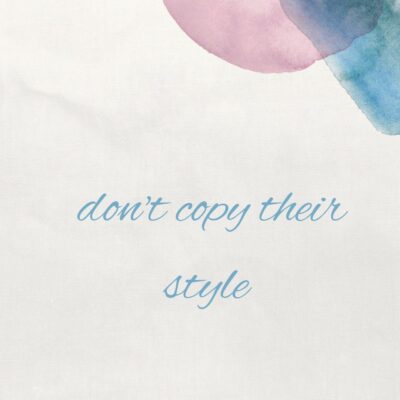 4 More Ways to Not Embarrass Your Adult Child

If you’ll be having your grown children around your table this Thanksgiving you may want to be aware of some things that millennials find embarrassing about their parents.

We don’t mean to do or say these things. Chalk it up to our age or generational differences. But if you have ever cringed at what your own parents said or did in front of you and others, have sympathy on your child for now feeling as you once did.

I won’t admit to personally committing all of these offenses, but my daughter and her friends let me know some of the things their parents do that embarrass them. And because you and I strive to encourage our children, not annoy them, let’s see which ones we can avoid this holiday season.  Last week I listed four and here are now Four More Ways to Keep from Embarrassing Your Grown Child:

This bothered them as teenagers, and the embarrassment—or  resentment—doesn’t diminish any as they get older. Once our children become adults, they want to be treated as adults. And when you and I offer them unsolicited advice, whip out a verbal correction or rebuke, or even coddle them as if they were in middle school, it serves only to embarrass or annoy them.

For the sake of the relationship, ask before you offer advice, confront privately and in a loving manner, and don’t exert your parental authority to win an argument, insist on a point, or “rescue” them in some way. I know some moms who speak their minds boldly simply because they’re mom, but to the detriment of the relationship. Proverbs 13:3 tells us “Those who guard their lips preserve their lives”—and in some cases, their relationships with their children. Ephesians 4:29 is a good guideline when it comes to keeping from embarrassing our children when we open our mouths: “Do not let any unwholesome talk come out of your mouths, but only what is helpful for building others up according to their needs, that it may benefit those who listen.”

When your child was young, he or she wanted to look just like dad or mom. Now that they’re older they do not want mom or dad dressing to look like them. Be yourself. They might think it’s old fashioned at times, but when you try to update yourself with their wardrobe or their generation’s styles, it not only annoys them, it embarrasses them.

Yes, millennials (and even celebrities who aren’t millennials by a longshot!) are wearing their shirts and sweaters tucked in at the waist and left out on the sides. But, when you and I try it, we not only look ridiculous, we look like we got distracted while dressing and accidentally tucked in part of our top, or just had a memory lapse and forgot to complete the tuck on the sides. Don’t try to be so stylish that you look like a parent trying to look like your kid. It only embarrasses them.

Okay, I’m guilty of this one. When I’m around my grown daughter and her friends, it’s human nature to want to “fit in.” Therefore, I might try to speak their language or overcompensate when I’ve made a blunder. But some lines just weren’t meant to be crossed. If I say something that’s interpreted differently by their age group, they have enough sense to keep quiet about it and chalk it up to my generational ignorance. But if I catch it, attempt to explain it, and then try to put it in words they use and are more likely to understand, I just dig myself in deeper. Before long, I’ve buried myself (and my grown child) in embarrassment.

Be gracious. Err on the side of saying less. And don’t be so concerned with how you look or whether or not you’re accepted by your child and his or her “crew.” They will respect you for it in the long run.

As parents of millennials, we came from the generation where it was considered valuable to air your feelings and be transparent. But perhaps we talked our children to death and now they would prefer to go back to an era where certain topics weren’t appropriate to discuss anywhere or with anyone. Asking too many questions to get to know someone of that age may seem imposing, rude or even interrogational, rather than friendly. Remember, millennials are growing up in a world in which there is, unfortunately, less social interaction (and more texting and online chat rather than talking). That means some young people aren’t comfortable with our level of transparency or our attempts to “get to know them.”

Don’t, in a motherly way, ask a young man whom you don’t know if he has a girlfriend. He will be at a loss of how to respond. And don’t make the mistake I made by reaching out and touching the arm of a young woman as I complimented her on what she was wearing. My daughter was horrified at the time and asked: “Mom, why would you ever touch a stranger?” I thought for a moment that she got that one all wrong. Then I remembered the world she has grown up in. Touch used to mean a kind gesture. Now touch can mean, to younger people, personal intrusion, unwanted attention, or a threat.

It saddens me that we live in a world in which it is now risky to touch someone as a gesture of kindness. But a smile still goes a long way. Use it often and unsparingly. It can break down barriers that nothing else can, and it can keep your child from feeling needlessly embarrassed.

For more on improving your relationships with your grown children, see my books, 10 Secrets to Becoming a Worry-Free Mom, and When a Mom Inspires Her Daughter, both available now at my early Black Friday Special of only $5 each—but only while supplies last.

Cindi McMenamin is an award-winning author and national speaker who helps women find strength for the soul. She has nearly 35 years experience ministering to women and inspiring them to let God meet their emotional needs, grow stronger through their alone times, and pursue their dreams with boldness.
NEXT POST →
4 Ways to Keep from Embarrassing Your Grown Child

on 4 More Ways to Not Embarrass Your Adult Child.