When You’re Desperately Seeking Something 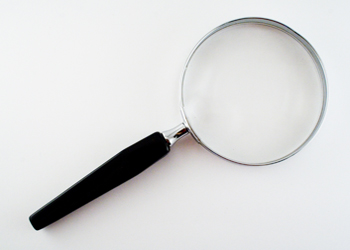 When You’re Desperately Seeking Something

What do you desire that you believe God has with held from you?

More than 100 women of all ages and walks of life have answered for me that question. And their answers tell me what we, as women, are desperate for:

As you look through that list, maybe you’ll find one or two that you, too, are desperate for. They are all good things… But are any of them enough?

The Dangerous Road to Desperation

The Bible tells us of a woman named Rachel who longed to have a child. Nothing wrong with that. But she wanted that baby so badly that it fractured her relationship with her sister, created divisions between herself and her husband, caused her to compromise her morals, and ultimately cost her life. Her story, in Genesis 29-30, warns us of what can happen to us when we want something so badly that it becomes an obsession. Rachel took some dangerous steps down the road of desperation that we need to be aware of so we don’t take them as well.

She Resented Her Circumstances and Responded in an Ungodly Way

Do you find yourself becoming resentful that God is withholding something from you? And does that resentment increase when someone else receives what you were hoping for? When Rachel saw her sister, Leah, bearing children but realized she couldn’t have any, we don’t read that she took it to God in prayer. Instead, she became jealous of her sister and lashed out at her husband. If God is withholding something in your life, there is a reason…and a good one at that. It’s about trust. And often it’s about timing. Thus, Rachel’s next step of desperation came about because she was unwilling to accept God’s timing.

We live in a day and age in which it’s possible to go after what we want and get it. But is it God’s best for us? And is it according to His perfect timing? Internet dating sites, fertility treatments, liposuction, plastic surgery – the options abound. Rachel wanted something she didn’t have and she was determined to get it, regardless of the Lord’s plans and will for her life. So she resorted to downright desperate means – she gave her maid to her husband to get a child through her! After getting two children that way it still wasn’t enough for her, so she resorted to a cultural superstition believed during her day to bring about conception. With no fertility clinics around, Rachel took the next best step and tried to conceive a child through the use of some bitter herbs. But her attempts at conceiving a child were again futile. While God may work within the means of medical techniques, internet dating sites or other technologically advanced options, it’s imperative for us to bathe our situation (and desperation) in prayer so we’re convinced our action is a result of His leading, not our forging ahead.

She Remained Desperate Even After Receiving What She Wanted

One of the marks of a desperate woman is that she never really finds what she’s looking for. Once Rachel received her long-awaited son, she no sooner had him cleaned off and wrapped up before she was planning her next one (Genesis 30:23-24). Rather than relish the blessing she had just received, she was already looking for something more. Her ability to bear a child simply fueled her obsession for more children.

Sadly, Rachel’s story closes with a dramatic end to her desperation. After giving birth to her second son, she died as a result of the delivery. Ironically, Rachel – who spent most of her life longing for children – died in fulfilling that desperate wish. And a woman who expected children to bring her joy spent her last breath calling her newborn son a name that means “the son of my sorrow” or “child of my grief” (Genesis 35:16-18). Ultimately her heart’s greatest desire brought about her grief and demise.

Which Road Will You Take?

Desperation is dangerous because it focuses on self: What I want. What I must have. What I cannot live without.

Jesus told us to forget ourselves and focus on a life given over to Him. “If anyone wishes to come after Me, let him deny himself, and take up his cross, and follow Me. For whoever wishes to save his life shall lose it; but whoever loses his life for My sake shall find it.” (Matthew 16:25)

Jesus wasn’t saying “Give up your dreams and be miserable.” He was saying “When you give up your plans and desires and all you think you need to be happy and are determined to just have Me, then you will truly find a life worth living.” I know that’s what He meant because He says in John 10:10: “The thief (Satan – who deceives us into thinking we can find fulfillment when we follow the desires of our own heart) comes only to steal and kill and destroy; I have come that they may have life, and have it to the full.”

My friend, if you are desperate for something you believe will fulfill your life take that longing to God and ask Him to turn it into a longing for Him alone. God will either change your circumstances or change you. Most of the time, it’s you He wants to change – so you’re desperate for Him.

Cindi McMenamin is an award-winning author and national speaker who helps women find strength for the soul. She has nearly 35 years experience ministering to women and inspiring them to let God meet their emotional needs, grow stronger through their alone times, and pursue their dreams with boldness.
← PREVIOUS POST
The Preacher's Wife and the Pagans
NEXT POST →
Contagious Love - Passing on Your Passion for God
Categories
Also Find Cindi on:

When You’re Desperately Seeking Something | Strength for the Soul