The Preacher's Wife and the Pagans 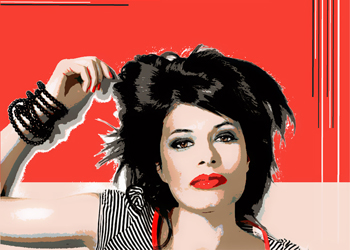 The Preacher's Wife and the Pagans

I had always had a problem with pagans.

Their harsh language offended me, and their pointed questions threatened me. Worse, their lifestyle was an affront to God.
I knew I should be salt and light to a dying world. But I preferred to be around the Christian crowd, living a separated life far from those people who were so different from me. “I want to minister among Christian women,” I told the Lord one day. “Preaching to pagans is not for me.”
But God had a problem with my problem. And He made that evident the day He crashed into my comfort zone and sent me out to reach some rebels.

I had announced the start of a women’s Bible study called “Getting to Know God” in a drug-plagued community in Riverside County, California (where my husband pastors a church). Some tough girls in the neighborhood had heard about the “religious group” that was forming. And I’d heard they had decided to come.
“Lord, help me,” I prayed. “This isn’t going to be easy.” I was sure it would be a case of Sandra Dee meets the Spice Girls. After all, I was a conservative Christian woman raised on the rules and regulations of my church. They, on the other hand, were a group of hard-living, Harley-riding women who wanted to get to know God.
“What an opportunity!” my husband said as I told him what I was up against. He, after all, felt called to reach people like these women. I did not. And I was dreading it.
When the day came, I arrived early at the house where we would meet. About 10 minutes after starting time, the group walked in. They apologized for their tardiness and blamed it on the slow clerk at the liquor store. They had stopped to buy cigarettes and lottery tickets, and they reeked of smoke. One of them swore after she accidentally dropped her keys, and another reprimanded her for cussing.
I took a deep breath, said a prayer to open the study, and started in.

“Today, we’re going to learn about the attributes of God,” I began as they stared at me blankly. “First of all, God is omniscient.”
“What the hell does that mean?” blurted out Rita, the toughest member of the group. I swallowed hard and began to explain that God is all knowing. In spite of that, I emphasized, He still loves us.
One woman named Celeste was impressed that God knew everything about her. Then she began elaborating on some of the outrageous things she had done in her life. She was amazed that God still chose to love her.
Another woman began talking about her temptation to get high. “If God knows everything,” she asked, “does He know what that’s like?” Immediately, I had an idea. These women could relate to being under the influence of drugs and alcohol. So I shared Ephesians 5:18 with them, which commands believers to be under the control of the Spirit, not wine.
That sparked their interest. They thought it was a cool idea, and they began to compare the effects of drugs on their lives with the effect of God’s control as I’d described it. What followed was an animated discussion about the difference between being filled with God’s power and being intoxicated by chemicals.

At the end of our talk, I suggested that we close in prayer. But when I bowed my head, closed my eyes, and started to pray, Rita interrupted with another question: “Why do you hang your head like you’re at a funeral when you pray? And why do you close your eyes? What’s with that, anyway?”
“I bow my head to humble myself,” I responded. “And I close my eyes to shut out distractions and concentrate on God.” It occurred to me that hard lives had taught these women never to close their eyes or turn their backs on anyone. They weren’t about to start now.
“How did Jesus pray?” Rita asked. I was impressed that she would be interested in praying like Jesus. I thought for a moment and answered, “One time before feeding a crowd of people, the Bible says He lifted His eyes toward heaven and prayed. Would you like to pray that way, too?”
So we did. Staring at the ceiling, these women began a conversation with God about their lives. They interrupted each other and awkwardly described their concerns to Him, laughing with embarrassment as they did so.
“God, help Celeste stay away from those creeps who keep coming to her door for drugs,” Rita prayed.
“God, help Joanne leave that jerk.”
“God, give us a new high that doesn’t cost anything,” one of them prayed, giggling. With disorderly and unorthodox prayers, these women addressed God for the first time.

As I drove home, I was in awe at how God had worked among us, communicating His love to women who an hour earlier had seemed so far out of reach. I was amazed at how He used me – someone worlds apart from them – to minister to their needs. But in that moment, I realized I wasn’t so different from them after all.
I had always concentrated on the differences between myself and women such as these. I had walked the straight and narrow, while they had lived hard lives. I lived by the Bible’s principles, but they lived according to worldly philosophy. I dressed modestly; they let it all hang out. Despite these differences, the Lord showed me that we shared many more similarities:

As the Lord showed me how much I had in common with them, my heart was convicted of my condescending and judgmental attitudes.
“O God,” I prayed, “forgive me for avoiding people like these women all my life. I’m sorry I believed I was so different, so much better than they are. How many times have I offended You with my self-righteousness? How many times have I, too, sinned? Yet by Your grace I stand justified before You because of Jesus.
“God, give me Your love for these women. Help me to see them through Your eyes. Help me to relate to them in a way that softens their hearts. Open their eyes – and mine – to our need for You.”

The Word and the World

The next time we met, something incredible happened. As I shared some of my own hurts, the “Spice Girls” saw that I wasn’t the “Sandra Dee” they had imagined. They began to open up, too. One by one, they talked about their painful experiences and their reservations about this “Christian thing.”
They cried as they realized how deep their needs were, and their eyes lit up as they began to understand how the Scriptures related to their struggles. Within a couple of weeks, they admitted they weren’t so tough after all. Each woman could see how she needed the Lord more than she had ever imagined.
Over the next several months, I taught these women about the Word, and they taught me about the world. They opened my eyes to see people with deep wounds, not just “sinners” with messed up lives. They tuned my ears to listen beyond offensive words to the cries of broken hearts. They trained my heart to look past hard exteriors to see every soul’s need for Jesus. They’ve become living, breathing proof that “if anyone is in Christ, he is a new creation; the old has gone, the new has come!” (2 Corinthians 5:17).
Today, when I look at all the changes God has made in their lives, it moves me to tears. Just as they once went to sinful extremes, now they are wholeheartedly committed to Jesus. Their tenacious faith within a difficult environment puts me to shame.
But God is working in my life as well. He has radically changed my perspective on people. Instead of seeing two kinds of people – Christians and pagans – I now see just one kind: people who sin. And that makes me one of them.

Cindi McMenamin is an award-winning author and national speaker who helps women find strength for the soul. She has nearly 35 years experience ministering to women and inspiring them to let God meet their emotional needs, grow stronger through their alone times, and pursue their dreams with boldness.
← PREVIOUS POST
When You Feel Alone Spiritually
NEXT POST →
When You're Desperately Seeking Something
Categories
Also Find Cindi on:

The Preacher's Wife and the Pagans | Strength for the Soul