Want a Closer Connection? Start Praising the Positive in Your Spouse 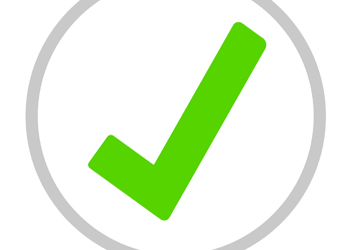 Want a Closer Connection? Start Praising the Positive in Your Spouse

When I started dating Hugh, my youth pastor – a longtime friend of Hugh’s – pulled me aside and felt he needed to warn me.

“Cindi, Hugh is an awesome guy, and I’d highly recommend him as a husband, but he’s also the moodiest person I know.”

“Hugh’s not moody,” I responded, defensively. “He’s a deep thinker. He takes a while to think about things before speaking, instead of just blurting out of his mouth whatever comes to his mind, like I tend to do. I appreciate that about him. That’s what I want in a husband.”

Now, after 22 years of marriage, instead of appreciating my deep thinker, I find myself, at times, thinking things like Hugh is the moodiest person I know.

Well guys, (Hugh here) see if you can relate. I loved how my wife was able to express herself back when I first met her. Being a journalism major who wrote beautifully, she could also speak confidently and had a way with words. That’s nice when you’re getting a love letter or praise and affirmation from a woman in love with you. But after more than 20 years together, there are days when I wish she wasn’t quite as verbal, especially when she finds something she thinks is wrong with me. Sometimes, today, when I think about her “way with words” it isn’t always in a fond way. She’s reciting her thoughts unabridged and I’m looking for the Reader’s Digest version.

How is it that when we fall in love, the object of our hearts can do no wrong? We overlook their weaknesses or, at times, don’t see them at all. Love is blind. And oh how blissful the blind state can be! Then, some time down the road, the one we fell in love with – the one with all those wonderful character traits – is simply being who he or she is (a deep thinker or one who verbally expresses herself) and they are hammered for being annoying, irritating and difficult to live with.

My, how we need to become blind again – blind to each other’s faults, blind to the things that annoy us, blind to bitterness. And open to grace and forgiveness.

We’ve been told that the characteristics in your spouse that irritate you today are manifestations of the same characteristics that drew you toward each other, originally. What once you found attractive, you now find annoying. We can see that in our marriage, too. I (Cindi) was drawn to Hugh’s depth, his seriousness, his contemplative nature. And Hugh was drawn to my confidence, my social skills, and my ability to express myself. Yet those characteristics, after a few years of life together, can grate on our nerves rather than give us a sense of appreciation for each other.

We’ve learned that we have to pick up a new set of lenses that seeks out and focuses on the positive in each other, if we’re going to be in love again. Love, after all, is blind. Or, maybe a better way to say it would be: Love chooses to be blind to the less flattering traits of its lover.

In Philippians 4:8 we are told how to keep our minds from focusing on the negative: “Keep your minds on whatever is true, pure, right, holy, friendly and proper. Don’t ever stop thinking about what is truly worthwhile and worthy of praise” (CEV).

That advice works not only in life, but in marriage, especially when it comes to how you choose to view your spouse. We say choose because it is a choice. Human nature will see what is there. It will notice the negative and focus on it. A divine nature (God’s love working through you) will see the best in the other – “the best, not the worst; the beautiful, not the ugly; things to praise, not things to curse” (Philippians 4:8b, The Message).

By looking for the good intention, the silver lining, the shred of goodness in something your spouse is doing that annoys you, you will condition yourself to be one who praises the positive in another person.

Here are some ways you can praise the positive in your spouse:

There have been situations when Hugh clearly did not want to attend a social event that I insisted he accompany me on. Once there, he became lively, interested in the conversations around him, and we truly had a great time. After we arrived home, I made a point of thanking him for accompanying me even though he wasn’t thrilled about going, for extending to others the way he did, and for not letting his previous attitude about the event affect my enjoyment of it. I noticed, later, that he was more willing to accompany me to social events after I had praised his efforts and his willingness to do something for me. A little praise goes a long way.

Has it been awhile since you’ve praised the positive in your better half? Go ahead, make a list of at least five things you appreciate about your spouse and then leave that list for him or her to see, read it the next time the two of you have dinner together, or call your spouse once a day for the next five days simply to tell him or her one thing on that list that you truly appreciate.

You’ll be surprised at how praising the positive will draw the two of you closer together.

Cindi McMenamin is an award-winning author and national speaker who helps women find strength for the soul. She has nearly 35 years experience ministering to women and inspiring them to let God meet their emotional needs, grow stronger through their alone times, and pursue their dreams with boldness.
← PREVIOUS POST
Enjoying the Journey
NEXT POST →
Extending Grace When You'd Rather Get in Your Spouse's Face
Categories
Also Find Cindi on:

Want a Closer Connection? Start Praising the Positive in Your Spouse | Strength for the Soul