From Tense to Tender: Surviving Stressful Moments in Your Marriage 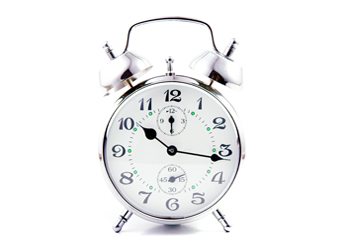 From Tense to Tender: Surviving Stressful Moments in Your Marriage

Hugh was ticking me off.

I didn’t realize when he opened the restaurant door for me and I walked in, that he didn’t want me going straight to the restaurant hostess and “taking charge” by telling the waitress there were “two of us for dinner.” What’s so wrong with that?

Then as we were being escorted into the “loud room” at one of our favorite restaurants, I asked if we could instead sit in a booth we had just passed, located in the quieter section. As the hostess walked us to the booth and laid the menus on the table, Hugh tossed his phone and keys onto the table and sat down with somewhat of a scowl.

Great! I thought sarcastically. We’re in for a lovely evening. I asked him what I did wrong. (Not a good question to start off with, by the way.)

“Can you let me lead once in awhile?” he asked, curtly. I sat there, like I’d been hit in the face. I wasn’t aware that I was offending him by taking charge of the situation as soon as we walked through the door. I looked down. I wanted to cry. I don’t want to be here, I thought. I want to leave right now and walk home. My expectations for the evening weren’t panning out. Neither were Hugh’s.

I (Hugh) wanted the evening to be more of a date with me treating my wife to a night out. You know guys, the made-the-reservations, pull-out-her-chair, order-for-her kind of night. So she wasn’t the only one disappointed. My wife was being a little too controlling for my taste. I didn’t need her to have everything in hand or taken care of – that’s what I wanted to be for her that night and I felt that being taken away at her every move.

For a moment, both of us were thinking “this stinks.” The tension was high. I (Cindi) panicked for a minute…how do we get something so stupid to just dissolve so we can redeem the evening? I opted to be quiet for awhile. Sometimes the less I say, the better, especially when I’m feeling wounded.

Thank God Hugh was the bigger person that night. He took a few deep breaths (careful to not make them sound like exasperated sighs, of course) and asked me what looked good on the menu.

“I know,” he said. “Let’s both try something we’ve never had before. Let’s make this an adventure.”

To be honest, the only adventure I wanted at that moment was to show him what it really looks like when his wife takes charge. I wanted to give him the adventure of a nice meal to himself! But the fact that he instantly became a young boy (“Let’s do something we’ve never done before”) and the fact that he was trying to redeem the evening got to me. Eventually I softened up. I ordered the Burrito Gigantic, he got the Carnitas Quesadilla and we truly enjoyed the rest of the evening.

How do you redeem the moment when it looks like everything is quickly going downhill? How do you recover from a stinging comment or a rude response? How do you forget about the little irritations that make you feel that you’ve finally really had it? By showing grace, realizing you do the same things to your spouse that you accuse him or her of doing to you, and becoming tender.

Often when you’re in the midst of the irritation (or the heat of the battle, whichever applies), neither one of you wants to make the first move. That would be like admitting you were at fault But look at it this way: making the first move is basically being the bigger person… extending in love. And as Scripture says, in 1 Corinthians 13:8, “love never fails.” That’s why it’s so important that one of you extend. And you can be the bigger person. Whatever it is that irritated you isn’t worth flushing the evening down the toilet. So, when the tension starts rising, try one of these tender gestures:

Looking back now, in all fairness, it was the dinner hour and we were each probably just as hungry and grumpy as the other. Giving the other person the benefit of the doubt might be helpful in pulling the two of you closer together. When things get tense, try offering an extra touch or just flat out admitting you were wrong. Love covers a multitude of sins.

Cindi McMenamin is an award-winning author and national speaker who helps women find strength for the soul. She has nearly 35 years experience ministering to women and inspiring them to let God meet their emotional needs, grow stronger through their alone times, and pursue their dreams with boldness.
← PREVIOUS POST
Putting Self on the Shelf: When Marriage Isn't All About Me
NEXT POST →
Seven Ways to Splurge on Your Spouse Even When Money is Tight
Categories
Also Find Cindi on:

From Tense to Tender: Surviving Stressful Moments in Your Marriage | Strength for the Soul