5 Ways to Encourage Your Husband to Dream 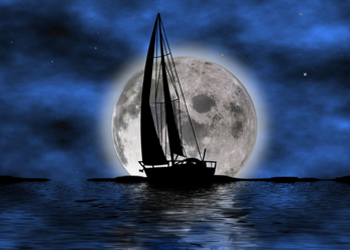 5 Ways to Encourage Your Husband to Dream

As I was writing my book, When a Woman Inspires Her Husband, I discovered that a man expresses his heart in a very special way when he expresses a dream.

But often we, as wives, can discourage – or even destroy – that dream if we’re not careful in how we respond.

Rather than saying “That’s not safe” “That’s not practical” or “That’s just plain stupid!” here are five ways (in an acrostic spelling DREAM) that you can draw out of him his dream and encourage him to pursue it for the sake of his heart and your own.

D – Draw out of him the dream

When it comes to the dreams on your man’s heart, they may be stuffed deep and it may take some creativity and some luring to get them out of him. There may also be some wounds attached to some dreams he’s had, especially if they go back to childhood. Maybe he once dreamed of doing something with his father and his father is gone now, so he doesn’t talk about it anymore. Or worse yet, maybe he dreamed of something that his dad – or someone else – discouraged him about or made him feel he wasn’t up to it. Tread lightly, yet affirmatively. Ask your husband what he’d love to do if time or money were no object. If he’s stuck in practical mode or insists he has no dreams, give it time. And listen for ways that he implies a heart’s yearning. It could be something simple like: “I’ve never been to a pro football game. That would be pretty cool.” Encourage him to dream by telling him you’d like to see him achieve his heart’s desire so it’s about time you start talking about it.

Instead of telling him: “Yeah, right, like that could ever happen!” be the optimist (and cheerleader) instead: “I think that’s a wonderful dream. What could we begin doing now to see that it happens someday?” If his dream seems far fetched, start praying about it. If it’s clearly beyond his reach at this season in your lives, then get creative in ways that can reinforce the dream and keep it alive.

Lisa’s husband, Rick, has always dreamed of visiting other countries. So Lisa got creative and started finding a way to honor Rick’s dream, and to keep him dreaming of what they hope to someday experience together.

“We have monthly date night,” Lisa said. “Sometimes I choose a country, go to the library, borrow musical CDs and books to get ideas for clothes, culture and so on, and then dress for the occasion, decorate accordingly, order take out, and let him enjoy a ‘night in another country!'”

E – Encourage him to take the first step

For years, Jodi’s husband, Troy, has been talking of renting a charter boat and going walleye fishing with his friends. So for his 40th birthday, Jodi surprised him by booking a six-man charter boat to walleye fish on Lake Erie.

While some men might feel a little uneasy about their wives planning their dream for them, there are those who might never get out the door if you don’t lend a hand – or a push – to help them. Jodi found the balance. She surprised her husband with his dream as a gift, to get him started, and has since turned over the helm so he can now make it happen for himself.

A – Acknowledge his adventure

It is natural for one of your husband’s dreams to be something that implies risk, danger or adventure. And one of the most discouraging things a man can hear from his wife is “that’s too dangerous.” Or “not as long as I’m your wife” or even “you could never handle that.” One very important aspect of encouraging your husband to dream is letting him live from his heart. Many times a man will want to do something that doesn’t seem safe or practical. But those may be the times you need to smile, nod and tell him “Have a great time, honey.”

I remember when Hugh first told me he wanted to climb Mt. Rainier. Now, Hugh is an experienced climber, who had been to the tops of several Southern California peaks. But I’d also heard of the reports of climbing accidents and missing climbers and the deaths that have occurred while climbers attempted Rainier. So, naturally, I had reservations when Rainier was next on Hugh’s list of mountains to scale. He spent a few days, off and on, explaining to me the conditions under which certain accidents happened and how he was not foolish enough to climb alone, to climb without proper equipment, or to attempt a scale or descent if weather wasn’t permitting. But finally, when I still didn’t relent, he sat me down and said: “I don’t need to hear you say ‘be careful.’ That’s something my Mother would say. I really need you to be excited about this with me and to be confident that your man can accomplish this and to say ‘Hugh, I hope you have a great time.'” Honestly, I thought he was hearing “I love you and don’t want to lose you” in the words “Be careful.” But he was, instead, hearing “I don’t think you’re capable of this and therefore I’m worried that something will go wrong.” I gritted my teeth, tried to sound enthusiastic and told him “Have a great time.” And he did.

Nothing speaks to your husband’s male heart more than encouraging him to enjoy his adventure, not tiptoe through it. He doesn’t want to be burdened by the thought that you’re worrying. And besides, he wants you to be confident he’s man enough to handle whatever is coming his way. Whatever you do, don’t say something motherly like: “If you do something dangerous, I’d be better off not hearing about it” or worse “If you’re not careful, I’ll never let you go again!” Say, instead, “Have the time of your life. And I want to hear all about it when you return.” What release! What empowerment. And only you can empower him that way.

M – Make it happen – or make it a matter of prayer

Some husbands just aren’t planners. They can talk about a dream for year – as Jodi’s husband did – but might not have the confidence or knowledge of where to start to make it happen. That’s where you might come in, if he’s open to letting you help him get there.

Edie’s husband, Bill, dreamed most of his life of taking a trip to Africa. But to him, it was just that, a dream. When he retired, Edie planned his dream for him. “I wanted to support his dream because I believed that he deserved it after all his hard work.” She worked on the details, did the budgeting so they could afford it and upon retirement, Bill, his wife, and their two grown sons went to Africa and experienced a real-live safari.

If you do not have the ability or finances to help your husband achieve his dream, then it might be time to lean on God for what only He can do. Start praying for open doors that your husband can walk through in terms of his dream. God knows what he needs and what you need, too. And God is faithful when you commit this to Him, even if you’re the only one committing your husband’s dream to God.

Cindi McMenamin is an award-winning author and national speaker who helps women find strength for the soul. She has nearly 35 years experience ministering to women and inspiring them to let God meet their emotional needs, grow stronger through their alone times, and pursue their dreams with boldness.
← PREVIOUS POST
Why It's Important for Your Husband to Dream
NEXT POST →
10 Ways to Show Simple Acts of Love to Your Spouse
Categories
Also Find Cindi on: