Why Pray When You Feel Like God’s Not There? 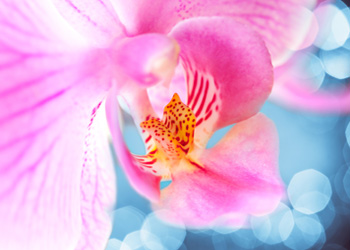 Why Pray When You Feel Like God’s Not There?

I’m sure you know what it’s like to wait upon God for something and to wonder, at times, if He’s even listening at all.

I remember waiting upon God for a second child and wondering if He was even there during that struggle. But now I realize – 20 years later and still no second child – that God knew what He was doing all along. He did hear my prayers. He did see my tears. And He had a better plan.

It’s difficult to imagine how God can have a purpose or happy ending to our life’s story when we’re right in the middle of longing for something more or missing something we once had. But God sees our story from beginning to end and He knows exactly what He is preparing us for even if we can’t imagine He’s doing anything on our behalf.

As I wrote my book, When God Sees Your Tears, I was encouraged by the story of Hannah in the Bible who wanted a baby so badly she offered to give him back to God if He would just give her a son. She didn’t get that son immediately, but Scripture says “in due time” God gave her a son (First Samuel 1:20) who would be one of Israel’s greatest prophets and priests and who would help turn the nation’s heart back toward God.

I’m encouraged through that story that while Hannah just wanted a baby, God wanted to give her a legacy. While Hannah was watching the clock, God was watching a country, getting ready to release a bigger plan. And when Hannah offered back to God what she longed for most, she received even more than she had requested.

If you’re in the frustrating place of trying to get God’s ear, I want to encourage your heart with three sources of hope in the midst of what might seems like unanswered prayer:

Did you know that God cannot contradict His Word? While He has guidelines in Scripture that are not necessarily promises, there are passages that contain promises that hold true as we obey Him. For example, 2 Corinthians 1:20 tells us, “For all the promises of God in Him are Yes, and in Him Amen, to the glory of God through us” (NKJV). His Word further tells us: “This is the confidence we have in approaching God: that if we ask anything according to his will, he hears us.  And if we know that he hears us—whatever we ask—we know that we have what we asked of him” (1 John 5:14-15). Hold Him to His Word and you have hope to hold onto, as well.

God also cannot contradict Himself. So when He says in His Word that He causes all things to work together for good to those who love Him and are called according to His purpose (Romans 8:28), He will do just that. He will take care of what you place in His hands. The more you get to know Him, the more you will trust Him. The more you trust Him, the less you will doubt, worry, fear, or give up. Psalm 62:8 further tells us: “Trust in Him at all times, O people; Pour out your heart before Him; God is a refuge for us” (NASB). God is a refuge for our sorrows, prayers, and requests that we can’t take anywhere else. And He will not tell us to pour out our hearts to Him and then not listen. He can be trusted, as well as His word.

Hope in His Timing

God knows exactly when you are ready to receive the desire of your heart, and He will not act a moment too soon or a moment too late when it comes to doing what is eternally best for you. He determined what was eternally best for me was not that I have a second child, but that I birth a writing and speaking ministry to women. Because of that, I now have many more “spiritual children” than I had thought to ask for. Many times God’s gifts to us are the very things He decides to withhold…until the timing is right.

When you are in the long haul of waiting and you aren’t getting a yes, will you trust that what you might think is a no might really be His wait? It’s possible He has something even better for you than you have thought to request. Deuteronomy 32:4 says His works are perfect and all His ways are just and He is “a faithful God who does no wrong.” He knows best. Therefore, His timing is always perfect.

Keep hoping in Him, my friend. Hope in His Word, His Character, and His timing. He hears your prayers, He sees your tears, and He can be trusted with your heart.

Cindi McMenamin is an award-winning author and national speaker who helps women find strength for the soul. She has nearly 35 years experience ministering to women and inspiring them to let God meet their emotional needs, grow stronger through their alone times, and pursue their dreams with boldness.
← PREVIOUS POST
Realizing There's a Reason for Your Pain
NEXT POST →
When You Feel Like Blaming God
Categories
Also Find Cindi on:

Why Pray When You Feel Like God’s Not There? | Strength for the Soul