When Life Seems Out of Control 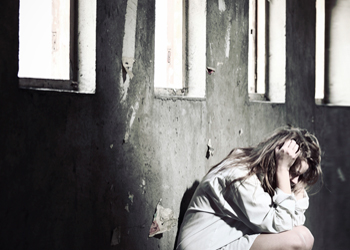 When Life Seems Out of Control

What is it about not being in control that makes us women on the edge?

Adriana, 48 years old and still single, knows God is in control of the intimate details of her life. And yet…

“It never used to bother me that I had not met the “man of my dreams” but now as I’ve gotten older and the lines on my face have crept in, I have found myself thinking about it more. There are times when I feel life is passing me by. And I wonder if God has forgotten.”

If Adriana had her way, the man of her dreams would have been in her life long ago.

“I have been married 38 years to the same man but with two different personalities. During the last 20 years he has been a compulsive gambler. We have both been seeking help to understand and control this situation. I have no idea why, after so many years, he started this behavior. It has cost us several thousands of dollars and most of my retirement fund. I wonder what I did to deserve this. Sometimes I just feel alone and ready to jump off the cliff!”

If Janet could change her husband’s ways she would. But she can’t. So where is God in all of this?

Why is the longing for control so very powerful in a woman’s life? I believe the answer lies in how we were made…or rather, what we’ve made of ourselves.

Chalk it Up to the Curse

In Genesis 1:26-28 we’re told that God created man and woman in His own likeness. We were made in His image, with His characteristics. That means we were created with the ability to administrate, oversee, manage. Eve, the first woman, was commanded to rule creation alongside her husband. But after Eve decided she wanted more than was given her, her punishment consisted of being cursed with an unquenchable desire to control.

When God punished Eve for her disobedience, He not only increased the pain she would experience in bearing children, but He put her in the position of “desiring” her husband’s authority. God said, in Genesis 3:16, “…Your desire will be for your husband and he will rule over you.” Eve’s resulting “desire” for her husband wouldn’t be a sexual desire. Nor would it be an emotional longing for his love and attention. The word “desire” in verse 16 refers to an unhealthy desire that could bring about destructive results. When God told Eve that she would desire her husband, He was saying that she would covet his control, seek the position of authority that he was given. Her desire, or drive, would be to have the authority in the relationship. And that desire to control – that blinding obsession to get out from under male authority and have things our way – has been a source of frustration and edginess for women ever since.

How natural it is for us, then, to want to administrate – to the point that we are the ones in charge. Naturally, we want our home, job, finances, relationships, and so on to be under control, working harmoniously, bringing us joy. We want that so much that it drives us to the edge when aspects of our life seem out of control. Now that we are living in a sin-stained world, life this side of heaven will never be completely under control, and working harmoniously. Therefore, our desire to create and manage and administrate (God’s likeness in us) is distorted. It results in our wanting to be “god” in our own little worlds. A look at Scripture reminds us that God is the One who is in control of:

God doesn’t want us to try to control the situations that are clearly in His realm and responsibility. That’s where He wants us to trust in His character and His Word and leave the reins to Him. However, He does expect us to exert self-discipline over certain matters that are clearly within our ability to control.

Controlling Ourselves – Not Others

So often we hand to God the things we don’t want to have to take responsibility for – our weight, our spending, our lack of discipline in certain areas, our “personality.” And ironically, we hold onto the bigger things we are powerless to change – another person’s heart, the timing of finding a spouse or having a baby, the weather, a flight schedule. So what are the areas we really can control? The list is short. In fact there is only one thing on the list: Ourselves. We can control our own behavior, actions and reactions.

How many times do we find ourselves saying things like:

Those are excuses in light of God’s Word, which holds us accountable for our actions. In God’s Word, He tells us to control:

If your failed attempts to control life have you on the edge, find your spacious place by resting in the Only One who can control all that you cannot. And pretty soon your desire will not be for the control, but for the One who is ultimately in control.

Cindi McMenamin is an award-winning author and national speaker who helps women find strength for the soul. She has nearly 35 years experience ministering to women and inspiring them to let God meet their emotional needs, grow stronger through their alone times, and pursue their dreams with boldness.
← PREVIOUS POST
Five Areas of a Woman's Life that Need God's Touch
NEXT POST →
Turning Your Pain Into Purpose
Categories
Also Find Cindi on:

When Life Seems Out of Control | Strength for the Soul