When It Appears Your Husband Won’t Lead 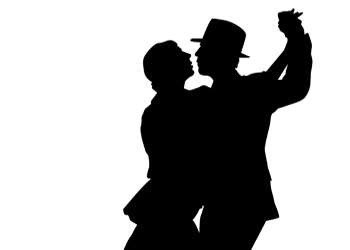 When It Appears Your Husband Won’t Lead

I can’t tell you how many times I’ve heard a wife complain that her husband won’t lead.

Whether he’s failing, in her eyes, to be the “spiritual head of the household” or just not appearing to want to take the lead in parenting, budgeting, or planning the family vacations, many wives believe their husbands are passive.

After 25 years of discipling and mentoring women, I’ve learned now to ask the obvious – but sometimes uncomfortable – question: Have you ever let him lead?

It’s a question I’ve many times had to ask myself. And the answer often rubs against the grain of our pride.

“Basically, men lead best in their homes when their wives let them,” says Bob, who has been married 35 years, and teaches a married couples’ Bible class. “Wives need to know how to step back and acknowledge that their husband has an opinion that is as valid as theirs.”

Bob (and my husband who has more than 20 years experience as a pastor attests to this as well) will see a husband shut down many times because his wife has jumped in and taken the lead, whether it be in a class when they are called upon for input, or in the home, where there isn’t any room for them to be the “head.”

Some men won’t shut down, they will, instead, go head to head with their wives. But they don’t really want that power struggle. They want to lead as a way of ministering to their wives, so their wives will not feel the burden of having to, themselves.

In his book Sacred Influence, Author Gary Thomas says “The typical man remains unmoved by power plays or criticism or by a wife who disrespects him. He’s moved by a wife who lets him lead and then helps him get where he wants to go.”

This is particularly challenging if you are as much of, or more, of a leader than your husband!

Mike, who has been married 12 years to a very capable wife, says: “My wife is a take-charge woman and quite frankly that is the only type of woman that attracts me and interests me. The drawbacks are that her personality can be over-controlling in the household, which can lead to frustration for me and the kids.”

“We both want the same types of character developed in our children, but our methods and communication styles are quite different. I think she can find that God would use her husband in more special ways to alleviate her burden of controlling the household by giving me more space to lead the home.”

Our desire, as women, to lead in our homes is natural. We love our husbands and children and we want the best for them. But we can forget that is truly the desire of our husbands, as well. Fathers care just as much for their children as mothers do. And we can forget that our “dark side” is showing when we, in the depths of our hearts, believe we can lead and administrate better than they can.

Why We Won’t Let Them Lead

Our desire, as wives, to take over in our homes is a built-in hand-me-down curse of Eve’s that goes back to her sin in the Garden of Eden. In the Genesis 3 account, we read that Eve succumbed to the temptation by the serpent to disobey God and eat of the forbidden fruit, and then took it upon herself to suggest that her husband, Adam, do the same thing. When he in turn followed, God punished all three of them. The serpent had to eat dust and crawl on his belly all his life. Adam and all men after him would have to work the land, which was cursed with thorns, in order to make a living. And Eve would not only have her pain multiplied in childbirth, but her “desire” would be for her husband and he “would rule over her.”

Now, that curse did not mean Eve would have an emotional or sexual desire for her husband. It meant she would long for his position of authority.

We know that because when God said to Eve: “Your desire will be for your husband, and he will rule over you” (Genesis 3:16), the Hebrew word for “desire” in that verse is the same Hebrew word used in Genesis 4:7 when God confronts Eve’s son, Cain, about his attitude toward his brother, Abel, whom he eventually murdered, and says: “Sin is crouching at the door; and its desire is for you, but you must master it.” That same Hebrew word for “desire” – in both those verses – refers to an unhealthy desire that could bring about destructive results.

Thus, you and I, as wives, have an ingrained destructive desire to take that lead from our husbands.

Now, maybe you’re thinking at this point, but somebody has to lead in my home. Well, that somebody is your husband. Many times he just needs to be allowed – or encouraged – to lead. I realize it may be difficult, at times, for you to let your husband lead, especially if you are a get-it-done woman who tends to accomplish things at a different pace than your husband. And the better you are at getting it done, the more difficult it may be to stand back and let him lead the way in getting certain things done – at work, at home, in your marriage, in his parenting, and so on.

But here is what I’ve found by interviewing numerous husbands: Most of them want a partnership with you, not a dictatorship. They want to work with you in the decisions concerning their job, their marriage, their family. They value your opinion; they just don’t want it lorded over them. They want your advice; they just want you to ask for theirs, too. They sometimes – maybe many times – don’t know how to best handle a situation but they realize the tension in that they still feel responsible to lead. So they want your input and then your trust if it comes down to the two of you going with their decision.

Consider the viewpoint of husbands and what it looks like in their homes for their wives to let them lead:

True partnership is coming alongside your husband to solve problems or make decisions. Not dumping something in his lap and saying “You figure this out!” and not running ahead and being the CEO without his consultation. And the beauty of partnership in a marriage is that you and your husband can bring your different perspectives, ideas and modes of thinking together to examine something and come up with the best possible solution or decision.

Why does a man need a helper when it comes to decisions?

“We don’t decide very well at times,” Bob says. “We need help with that – but not to be dominated with that.”

Steve, a husband of ten years and brand new father, says: “I love my wife’s ability to think completely opposite than me; it makes me feel like we make better decisions because we come at it from two completely different planets. Of course that can be problematic at times, but in the long run it’s better. It means we’ve covered every angle. And that makes me feel better”

When your opinion differs from your husband’s, it doesn’t have to result in an argument. Offer it as a way of putting something else on the table. Then see what he or God might do with it. If it’s not the opinion or action that your husband decides to go with, your reaction is key to what happens next.

Cindi McMenamin is an award-winning author and national speaker who helps women find strength for the soul. She has nearly 35 years experience ministering to women and inspiring them to let God meet their emotional needs, grow stronger through their alone times, and pursue their dreams with boldness.
← PREVIOUS POST
10 Ways to Show Simple Acts of Love to Your Spouse
NEXT POST →
Become Your Daughter's Inspiration
Categories
Also Find Cindi on: