When God’s Gift is No 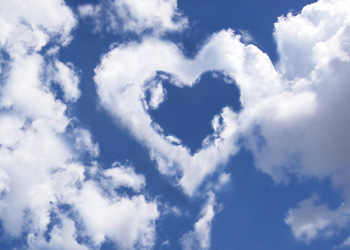 When God’s Gift is No

Do you know what it’s like to ask God for something and to keep receiving a “no”?

I do. And it hurts. But I’ve learned through the years that God’s “no” is often a gift greater than what I had originally asked for.

Whether I was trying to get a book published, trying to have a child, or trying to pry open a door of opportunity, every time I received a “no” I later learned what God was really saying was “Wait – I have something far better for you than you thought to ask for.” Yet all I could see in front of me was a rejection letter. More waiting. Another closed door. Discouragement.

Hannah, a woman we read about in the Old Testament, knew that discouragement, too. She longed to have a baby. Yet we find twice in the first few lines of her story that the reason for Hannah’s infertility was “because the Lord had closed her womb” (1 Samuel 1:5-6).

Ouch! Now, I would feel so much better if that sentence about Hannah read “because she was unable to bear children.” But that verse specifically tells us that the Lord was the One withholding from Hannah the one thing she wanted most in life.

We’d like to think God is behind only the blessings we receive in life and therefore we have a hard time wrapping our minds around the possibility that God would allow – or even arrange – certain difficulties to come our way. Yet that is one of the primary ways He awakens our need for Him, grows our dependence on Him, shapes our character, and draws us closer to Himself.

In Hannah’s case she became so desperate to have a son that she poured out her heart to God in prayer, promising to give her son back to God if He were to finally give her one. It was then, after Hannah came to that place of complete surrender, that we read God’s gracious, yet timely response: “And the Lord remembered her. So in the course of time Hannah conceived and gave birth to a son…” (1 Samuel 1:19-20).

Hannah got her long-awaited son, but years later than she had anticipated. The apparent “no” from God was really “wait.” And the wait turned out to be the best blessing of all. Hannah didn’t have just any baby. She had a son named Samuel who became one of Israel’s greatest prophets and priests. He not only anointed Israel’s first two kings, but he helped turn the nation’s heart back toward God. Wow. Hannah simply asked God for a baby. But God wanted to give her – and a nation – so much more than she asked. So He waited and did it in His timing, not hers.

Scripture tells us that God can do “all things. No plan of (His) can be thwarted” (Job 42:2). Scripture also tells us that “Every good and perfect gift is from above, coming down from the Father of the heavenly lights, who does not change like shifting shadows” (James 1:17, NIV). So if every gift is from God, and you’re praying for a “gift” and it’s not arriving, God is the One who, for some reason, is deciding to withhold that gift. And, I have learned through the years that some of God’s best “gifts” to us are the very things He decides to withhold.

God’s “gifts” sometimes take the form of difficulties, losses, frustrations and outright pain. We don’t originally see them as gifts, but more like disappointments, aggravations, or even rejection. But they are gifts, nonetheless, that are given to us to grow us to a new level in our spiritual life or to prepare us for something better that God has in store for us, or perhaps to even help us see something extraordinary about God that we couldn’t see before.

I remember not wanting to accept one of the “gifts” God was giving me, primarily because I saw it as His withholding, not as His giving. I struggled with not being able to have a second child (what doctors now refer to as secondary infertility). It was a struggle for me because I remember “claiming” Psalm 84:11 as my promise that I would have another child: “No good thing will he withhold from those who walk uprightly (NASB).”

“Surely another baby is a good thing, God,” I prayed. “Certainly You will not withhold.” And yet God did. Apparently what God considered a “good thing” in my life was not birthing a second child, but birthing a writing and speaking ministry, instead. Although, at the time, I felt that God was withholding something from me, I can today see His withholding as a “gift” in terms of a different life direction that He had for me.

Through the years I’ve seen, over and over again, that God’s idea of a good thing (and ultimately what’s best for me in my faith walk with Him) may be completely different than mine. Although my opinion has often differed from God’s in His early stages of withholding something from me, I have learned to not question the wisdom and actions of an all-knowing, all-loving God who is much more capable of managing my life than I am.

I could give you a lengthy list of other “gifts” that I have received at God’s hand, but didn’t originally see as gifts because they all included the phrase because the Lord had….:

But there are other ways of looking at those same “gifts” (or withholdings):

What are some because the Lord had phrases that have impacted your life and caused your tears to flow? Are you a woman who is where she is today…

Oh, my friend, God has His reason for why He has allowed or prevented something from happening in your life. And it’s not because He wanted to punish you or make your life miserable. It’s not because He didn’t love you or didn’t care about you or didn’t hear your prayers. It’s very possible that He wants to bless you from another angle. And it’s very possible He wants you to realize that the one thing you need the most – your one missing piece – is Himself.

(This article is adapted from Cindi’s book, When God Sees Your Tears.)

Cindi McMenamin is an award-winning author and national speaker who helps women find strength for the soul. She has nearly 35 years experience ministering to women and inspiring them to let God meet their emotional needs, grow stronger through their alone times, and pursue their dreams with boldness.
← PREVIOUS POST
When You Feel Like Blaming God
NEXT POST →
What to Do When You Can't Feel God's Love
Categories
Also Find Cindi on:

When God’s Gift is No | Strength for the Soul